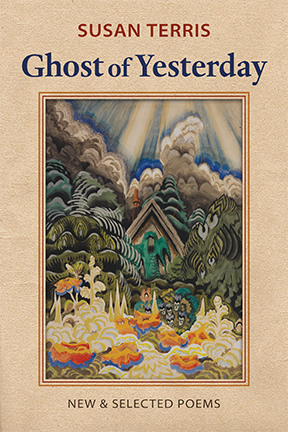 When I peer down into the wishing well,
The mask of my face shivers up.

Though the oil-tarred bucket’s full, my hands
Are empty. Percussion of the past drops

Stones that ripple, distort. The castaways,
The sand, the kites and cousins surface

As the ghost of yesterday dredges them up,
But glosses over the future. It’s all physics,

He insists. Yes, oil and water may rainbow
But they separate and will not marry.

That the girl who lied will always lie.
Earth’s curvature and its spin persists; but

Emulsify is not my mantra. I’d rather stir
The past with one finger, find an oyster

Shell, dig for buried treasure, turn my back
On the slinking ghost. For me, an oily rainbow

In a bucket and two mutable faces are all that
Matter. Water the past but slick the future.

Many thanks to New American Writing in which this poem first appeared.