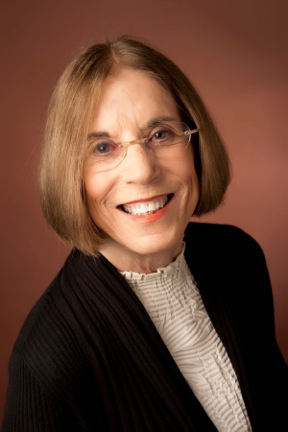 Susan Terris was born and raised in St. Louis, Missouri. She has a B.A. degree in English literature from Wellesley College and an M.A. from San Francisco State University.

Ms.Terris has written poetry since she was an undergraduate in classes being taught by Richard Wilbur, David Ferry, and Philip Booth. Her writing career, however, began in the field of children's fiction. She had 21 books published by New York houses such as Doubleday, Macmillan, Scholastic, and Farrar, Straus & Giroux. During the same period, she also wrote poetry and had poems published from time to time. About 25 years ago, Ms.Terris began to find herself consumed by the writing of poetry. Since then she's written and published only poetry.

Her poetry books include FAMILAR TENSE, TAKE TWO:FILM STUDIES, MEMOS, GHOST OF YESTERDAY: New & Selected Poems. THE HOMELESSNESS OF SELF, CONTRARIWISE, NATURAL DEFENSES, FIRE IS FAVORABLE TO THE DREAMER, POETIC LICENSE, and EYE OF THE HOLOCAUST. Her work has appeared in many publications including: The Iowa Review, Georgia Review, FIELD, Arts & Letters, The Journal, Colorado Review, Prairie Schooner, Spillway, The Southern Review,Volt, Denver Quarterly, and Ploughshares. She had a poem from FIELD published in PUSHCART PRIZE XXXI. A poem from MEMOS – “Memo to the Former Child Prodigy,” which appeared in the Denver Quarterly, was selected by Sherman Alexie for Best American Poetry 2015.

For seven years, with CB Follett, she edited RUNES, A Review Of Poetry. She is editor emerita of Spillway and a poetry editor for Pedestal Magazine. In addition to writing & journal editing, she does freelance editing of book-length poetry manuscripts and hosts a series of weekend workshops taught by David St. John.


She lives in San Francisco. In her spare time, she enjoys baking, kayaking, reading, and pursuing surprising activities.